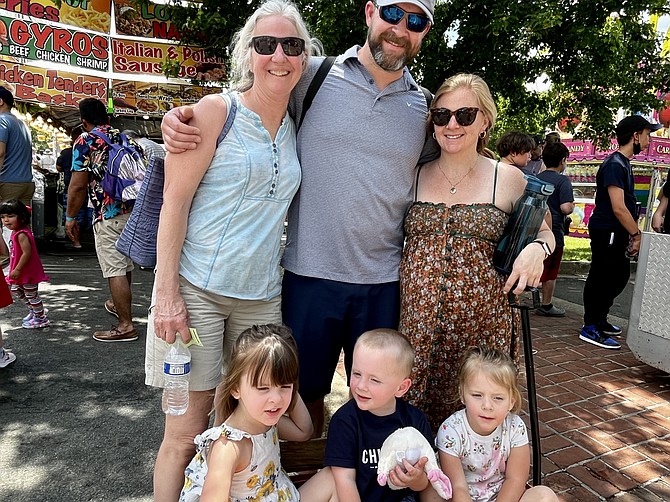 The Cole Family of Vienna comes for rides, prizes, and snow cones.

The Rotary Club of Vienna, in collaboration with title sponsors Navy Federal Credit Union and the Town of Vienna, returned in full force for 2022 ViVa! Vienna! Back to its 2019 footprint with the closing of Church Street, the three-day, admission-free Memorial Day Festival welcomed the local community. As part of ViVa! Vienna!, on Monday, May 30, Rotary held a Memorial Day Tribute on the Vienna Town Green featuring remarks by local, county, and state leadership.

This year, Rotary benefited from a new event at ViVa! Vienna! called Backstage Brew Fest. It mirrored the recently held Taste of Vienna.

"We are doing it on two days, over at the Vienna Firehouse," said A.J. Oskuie, 2022 ViVa! Vienna! Chair and Rotarian. "It (Backstage Brew Fest) is a new pipeline of giving for us (as) we work in conjunction with the Vienna Volunteer Fire Department," Oskuie said. 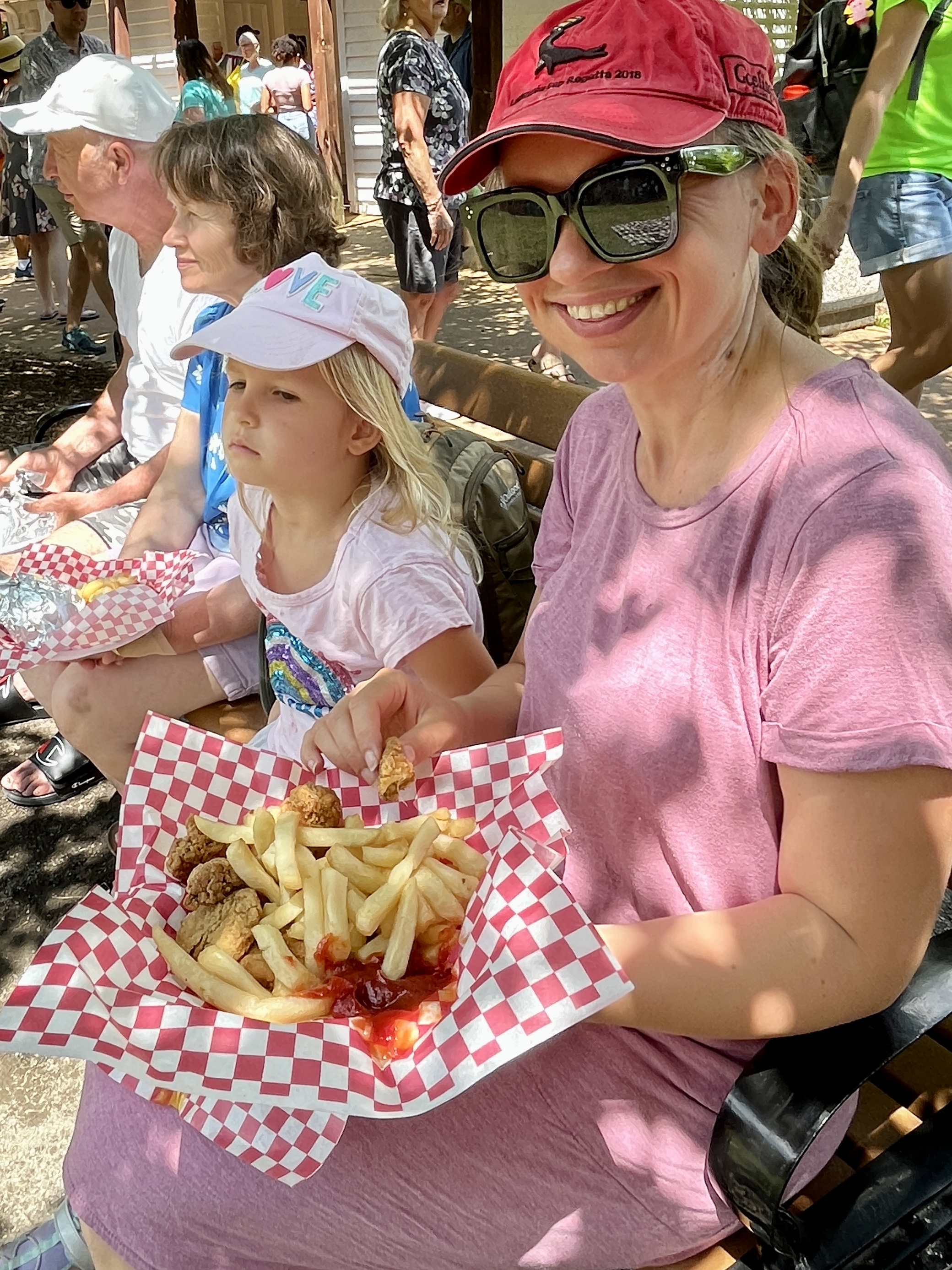 Alona of McLean enjoys the food at ViVa! Vienna! on her first time to the festival.

The Club's support, coupled with proceeds of ViVa! Vienna!, would be approximately $250,000 and go to over 70 different local charitable organizations, according to Oskuie.

Oskuie lauded the community and the Vienna Town Council's "fantastic" support for the new effort. He noted that the beer was exclusively offered at the fire station because the Rotary wanted to maintain the family-friendly nature of ViVa! Vienna! The event included amusement rides and activities provided by the clubs' partner, Cole Amusements, an extensive selection of food and business vendors, and two stages of musical performances.

Major Gunnar Spafford, USMC (retired), Vienna Rotary Club, and Master of Ceremonies for the Memorial Day Tribute, said that he would discuss the true meaning of Memorial Day at the 1 p.m. program the following day.  The purpose of the tribute was to ”honor our war dead who sacrificed their lives for the freedoms we all enjoy in the United States of America,” according to the program.

Spafford watched the families and teens in front of him make their way toward ViVa! Vienna!'s attractions, games, and fun. "[Memorial Day] is a day to remember those who have come before, gone off to war, and been killed in combat," Spafford said. "I'm going to make sure that we take a lot of time and talk about the over one million Americans who have died for us to have stuff like this that we get to experience today," he said. 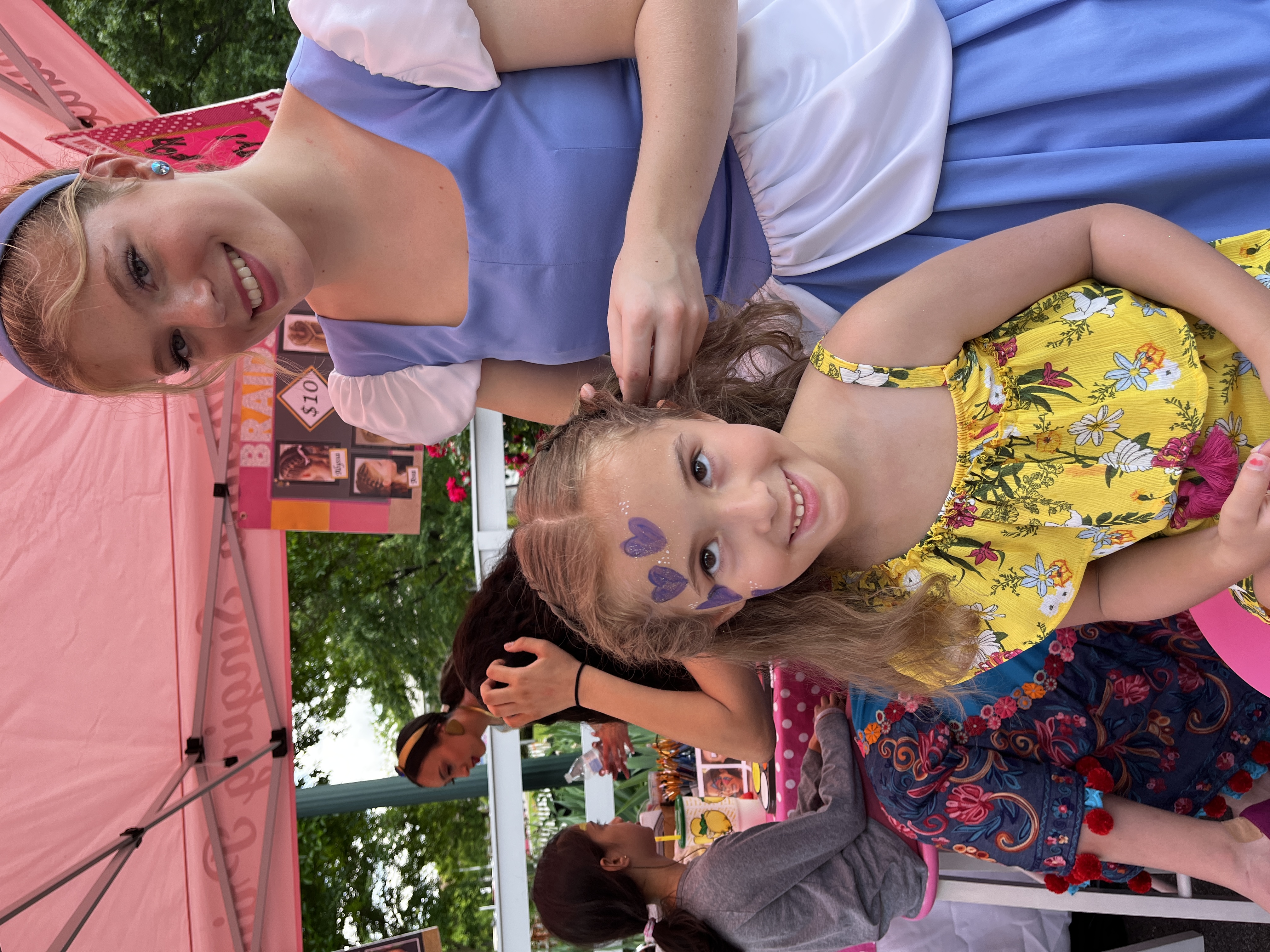 Isabella, 5, of Oakton, spends her second day at ViVa! Vienna, this time getting her hair braided by "Cinderella" of the Vienna Singing Princesses, otherwise known as Laelia Kavalier,16, of Vienna.

According to Spafford, it is acceptable on Memorial Day to remember and memorialize the people who served for 20 years and have since died. "They still served. They gave a piece of themselves, and while they didn't die on the battlefield, they have passed on. It's okay to remember them too," he said.

Governor Glenn Youngkin (R), who also attended the Tribute said: "Today, we pay tribute to our fallen heroes. I ask that you remember their courage, their devotion, and, above all, their sacrifice and live in gratitude each and every day for the precious gift they have given us. Freedom is not free," Youngkin said.