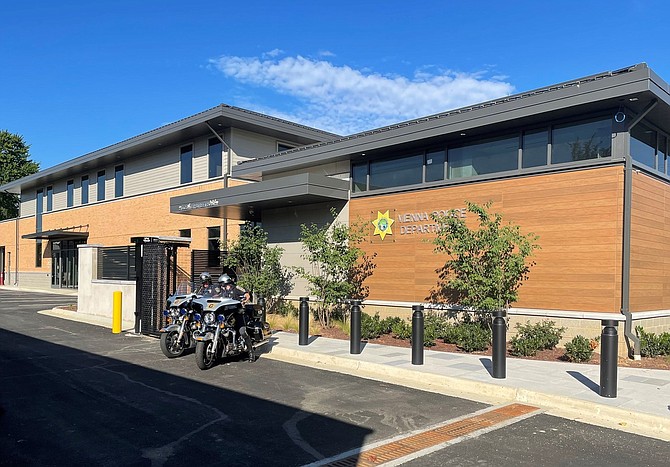 The new headquarters for the Town of Vienna Police Department

The Vienna Police Department is opening the doors on Friday, Sept. 2, to its new $14 million police headquarters with a ribbon-cutting celebration and dignitary remarks, followed by a sneak peek tour for locals. The 25-year-old former police building was demolished, and the existing site was redeveloped.

The new facility will benefit the community in many ways, according to Vienna Police Chief James (“Jim") Morris, who started his position with the town on March 25.

"From the community room to a modern public-safety facility that comes with body cameras, new radios, and new in-car video, Vienna will be a prime choice for people looking for a career in law enforcement."

The building includes a large multipurpose room that can be used by the community and by the department for training and an emergency operations center. There is a sally port, a controlled entry for suspect transfers, a training firing range, a crime scene processing facility, dedicated computer server space, a secure town archive and evidence storage space, a dispatch center, and enough administrative and office space for all sworn and civilian personnel in the building.

"The bike team will relocate from the Bowman House basement, detectives from the Town Hall basement, and property and evidence from two secure storage lockers on Mill Street, making all police operations more efficient. Furniture delivery is expected in mid-September with officers moving into the new facility. It will be nice to have everyone under one roof for the first time since 2007," Morris said.