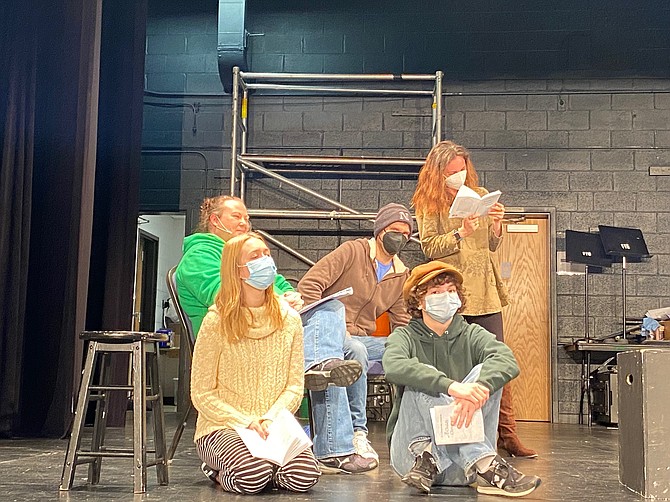 “This play may be called ‘A Child’s Christmas in Wales’ but it is for theatre goers of any age who enjoy some kind of family celebration at the end of the year; who live or come from anywhere in the world,”  said Jessie Roberts, director of the live theater adaptation from Northern Virginia’s Ibiala International.

“We are excited to feature The Vault theater, with a set of performances for the holidays of ’A Child’s Christmas in Wales’ — one of the first performances in this amazing space,” said Jonathan Griffith, managing director of Capital One Center. “The Vault, a versatile black-box theater, is one of the premier performance venues within Capital One Hall that is a part of the unique public-private partnership with Fairfax County.”

For Linda Sullivan, president/CEO of ArtsFairfax, "Capital One Hall is beginning to showcase some of Fairfax County's amazing arts organizations. The Vault is the only black box theatre in Tysons … and provides local arts groups with the flexibility they need when creating an engaging audience experience."  The Vault has capacity for about 225 patrons.

“A Child’s Christmas in Wales,” aims to captivate; a play about ''a never to be forgotten day at the end of the unremembered year … I can never remember whether it snowed for six days and six nights when I was twelve or twelve days and twelve nights when I was six." as Thomas wrote.