"I am constantly amazed by these students' dedication and commitment to excellence. Hearing their stories makes you optimistic about our country's future," said Tom Bauer, president of the Optimist Club of Greater Vienna.

For the past 22 years, the Club has given the scholarship awards to high school seniors who, nominated by their school counselors, excel in academics, arts, athletics and community service while demonstrating ongoing kindness, good citizenship, optimism and character.

The Club formally renamed this award in 2002 to the Carol Waite Brennan Youth Appreciation Award in honor of the late Optimist Carol Waite Brennan [1961-2001], an Oakton attorney who served as president of the Vienna Optimist Club 2000-2001 and with her husband, Matt started Ethics Day at George C. Marshall High School.

To help fund the Optimists' programs, the Club holds several fundraisers throughout the year, such as their annual Christmas tree and holiday decoration sale at Vienna Giant at 359 Maple Avenue East and the recently concluded Vienna Farmers Market. 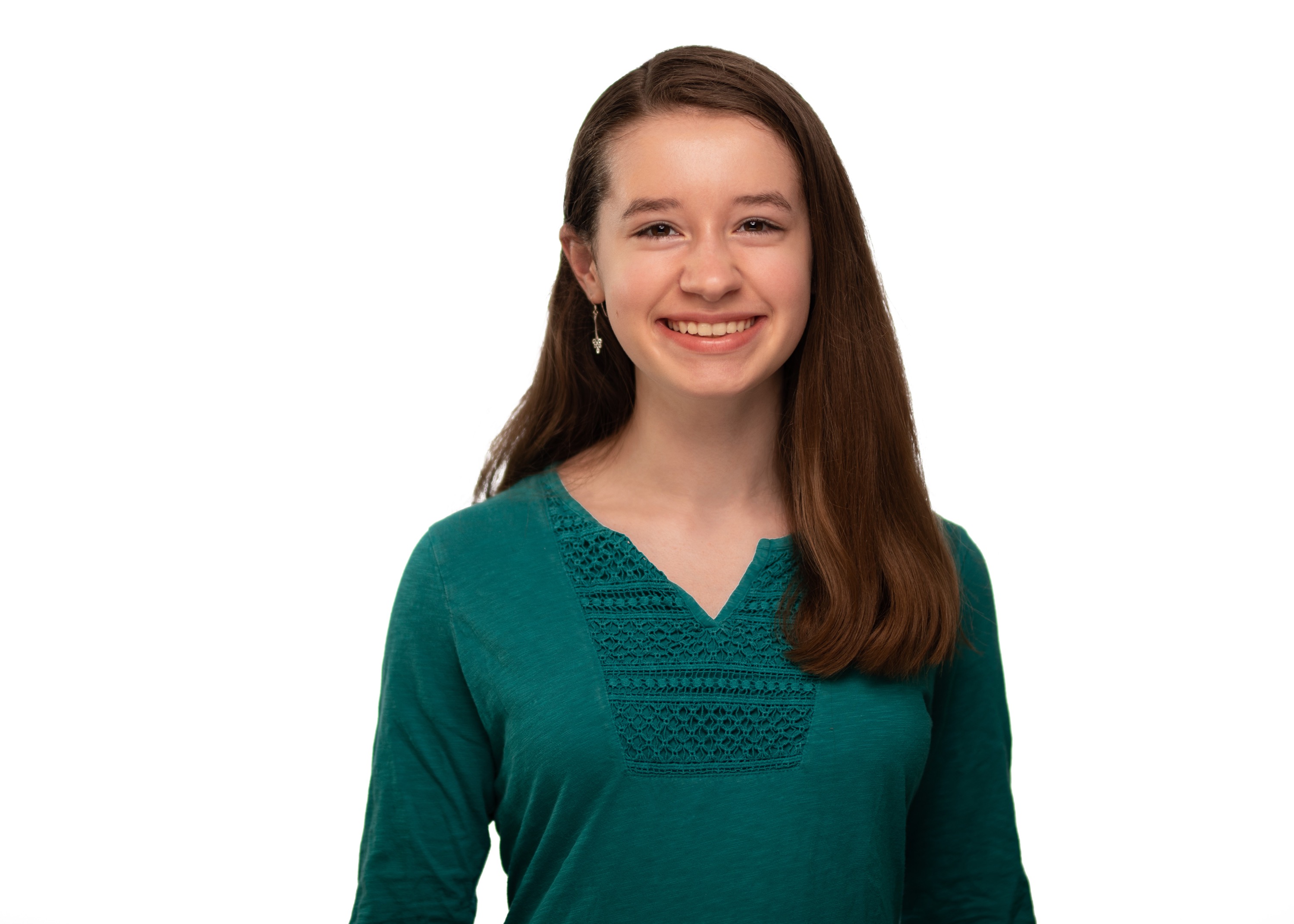 Kids like Lauren are few and far between. Her gentle, ambitious, and welcoming spirit are always an added value. She is extraordinarily kind. She has natural intellectual ability and constantly seeks to learn beyond the classroom. Lauren has made a significant contribution to her local library over the past four years, dedicating over 450 hours of service. As one of the very few teens that volunteer at the library, she has co-led book sales, raised funds for the summer, served as cashier, helped patrons select books, and assisted in other library programming. Lauren has a passion for early literacy and runs programs that allow low-income children access to low-cost reading materials.

She also created a project in 2020 where she has committed over 100 service hours to cleaning up a park in conjunction with county officials. Lauren is an accomplished fencer and the recipient of the Congressional Award Gold Medal, an award for youth in voluntary public service. It has truly been a pleasure.

Peyton is an overall wonderful young man. He's caring, kind, and always has a positive 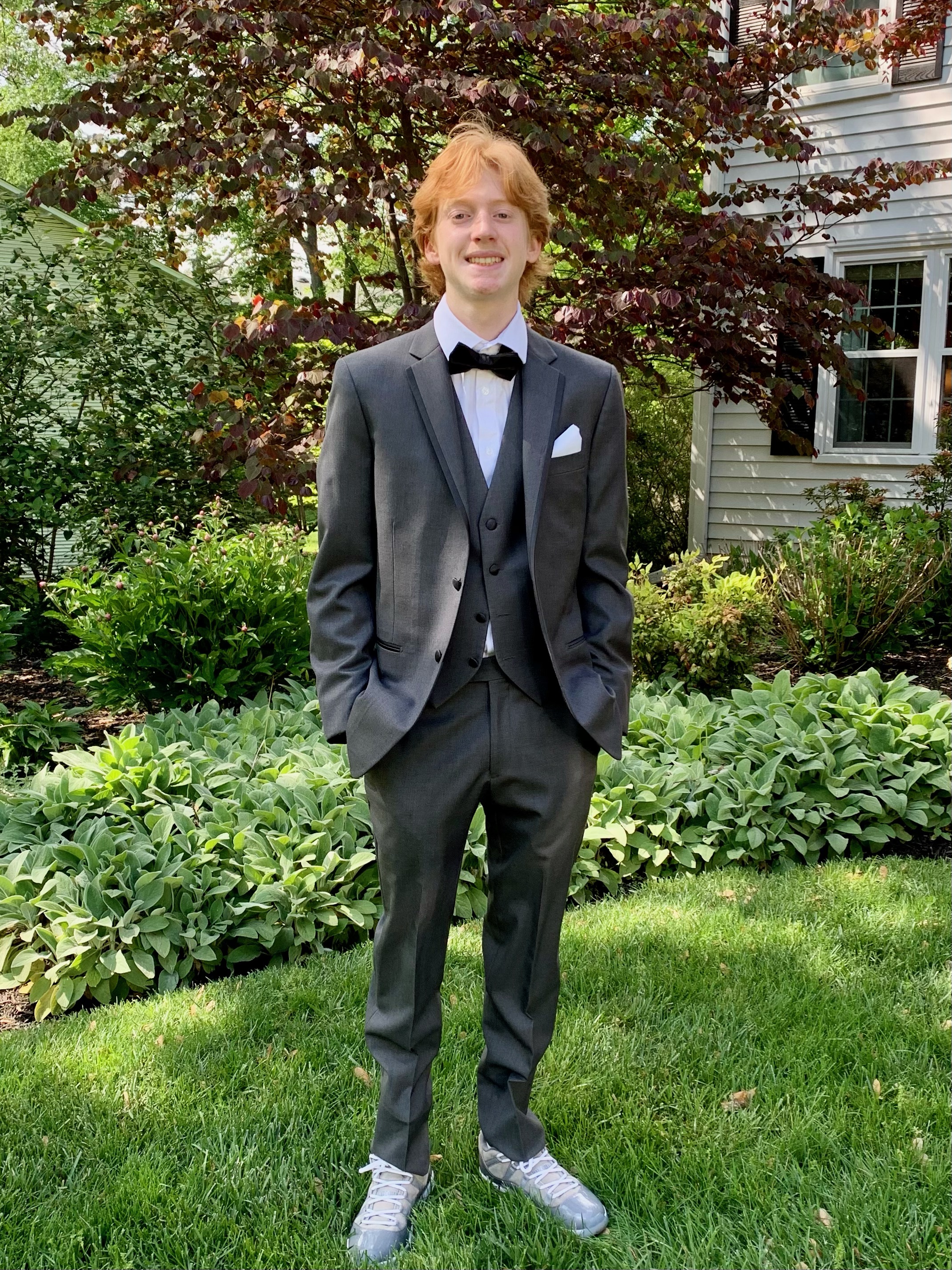 attitude and smile on his face. A great example of Peyton's character is when he helped a neighbor while walking his own dog last year. He saw that her house had started to catch fire and was worried that she was inside. Without hesitation, he immediately ran around the house and was able to get in. While he confirmed with another neighbor that she was not home, he saw the family dog in a crate, unable to escape. He was able to retrieve the dog and call 911. This is a true testament to Peyton's character. He's always thinking of others and goes above and beyond to help those in need. 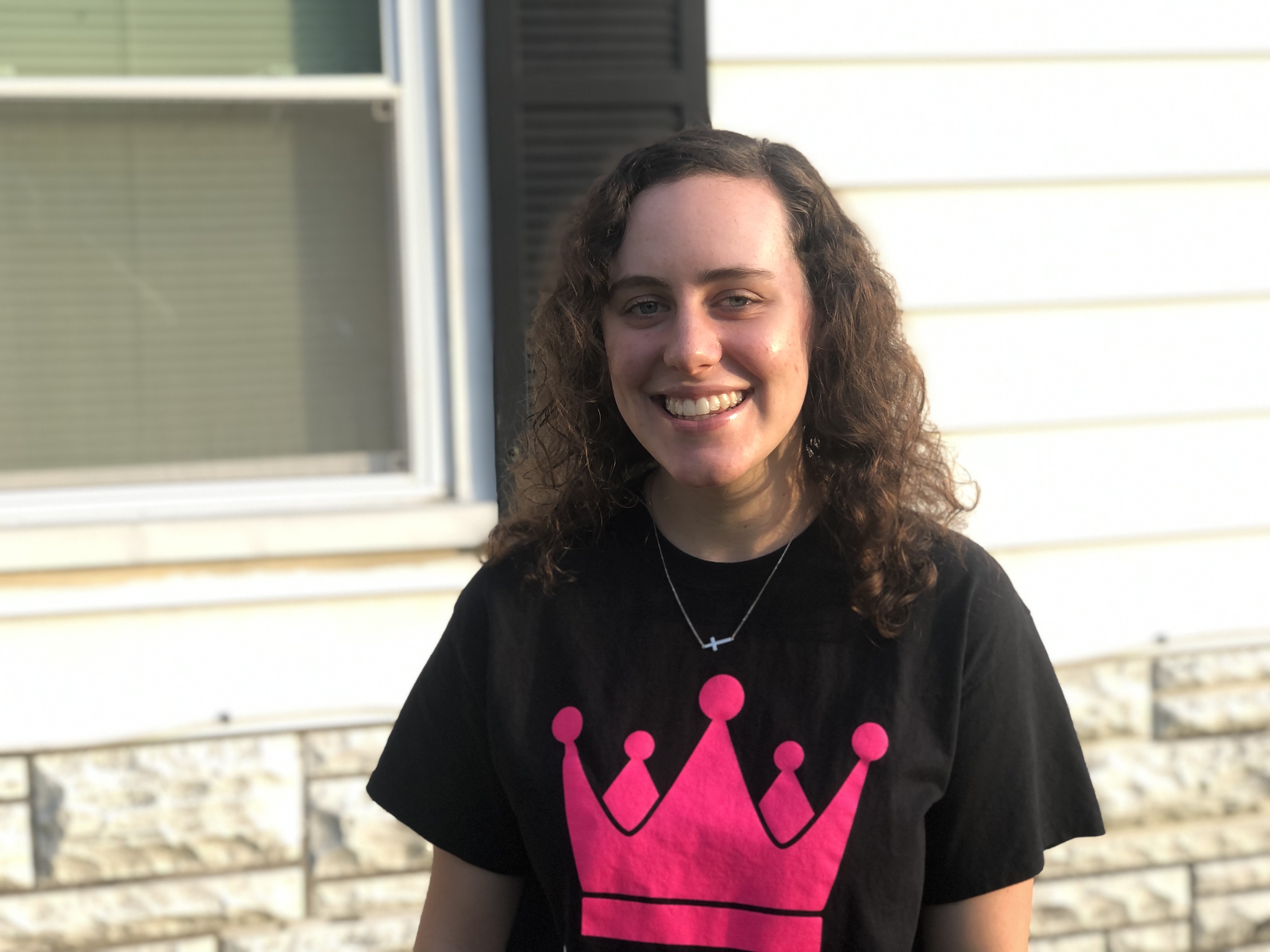 Grace's academic and extracurricular accomplishments are very impressive, but what makes her truly stand out is her focus on serving others and finding ways to make her community better. She has been an outstanding student leader as we have worked to reestablish our school spirit and unity in the aftermath of the COVID disruptions. 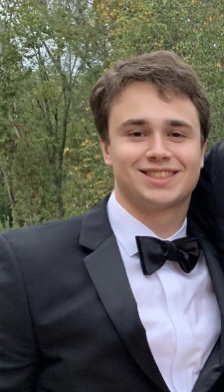 Gabriel Espinola was nominated because he is one of the most well-rounded, accomplished, high-character and involved students in his graduating class. In the classroom, Gabriel sports a 4.41 GPA that has gone up annually while he pursues the most rigorous curriculum program available to him, the Bilingual IB Diploma. Gabriel is multilingual, speaking English, Portuguese, and Spanish. Gabriel is a team captain for the football team, where he started and earned 2nd-team all-district for a district championship squad last season. He is also in our top orchestra, where he plays the cello and earned the most improved student award. He works hard, puts in an insane amount of effort, and thrives at everything in turn.

Sharmila is one of the top students in the Class of 2022. Through her consistent signs 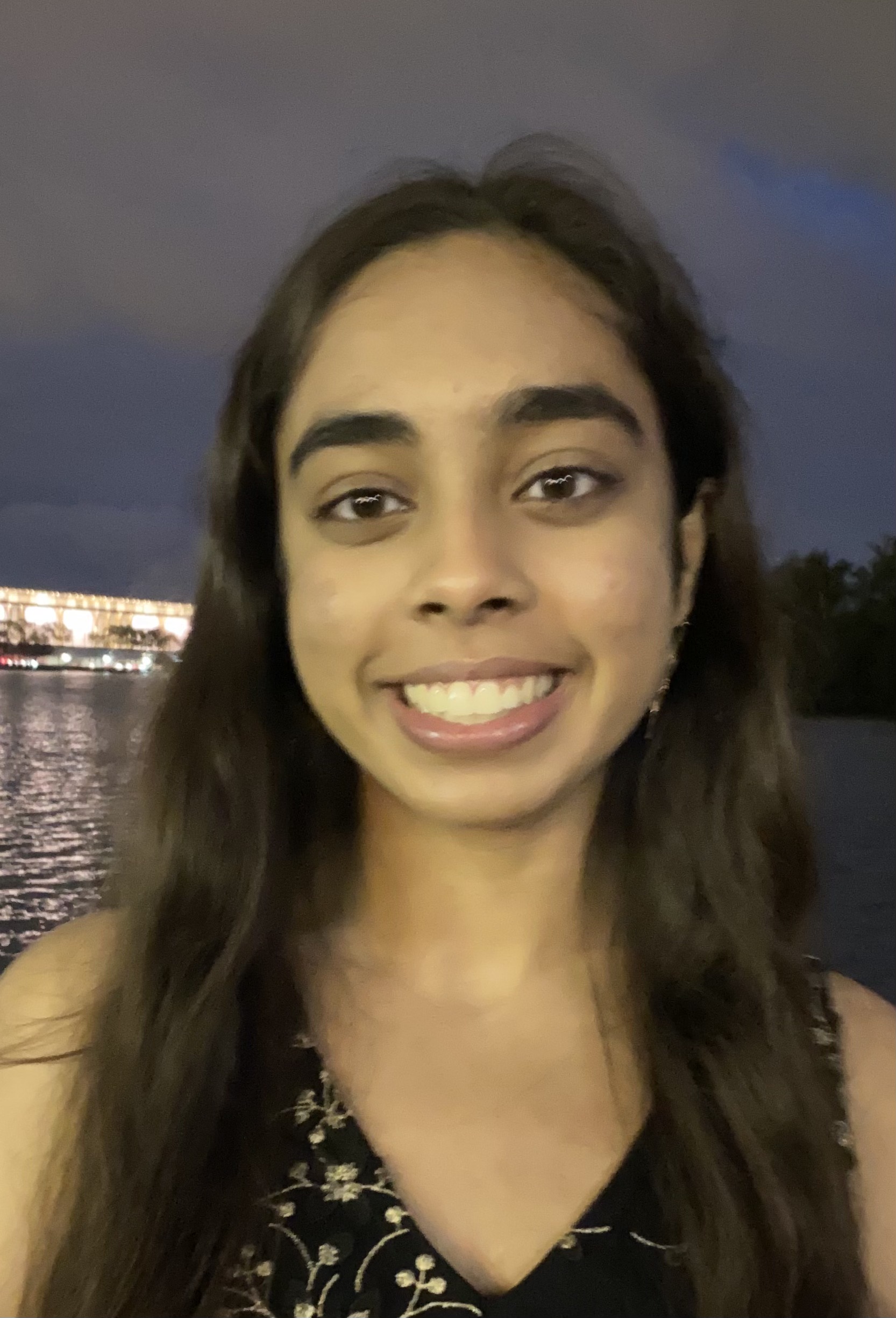 of service, leadership, and commitment, she has set herself apart from her peers. Sharmila is very dedicated to her goals and sees them through. While her resume is extremely impressive, Sharmila is currently working as CFO and cofounder for Teens United, a nonprofit organization. Teens United is a nationwide nonprofit that has created a volunteer network of over 2000 high school students. She has helped win numerous successful grants for Teens United, including one worth $25,000.

Sharmila is also the Outreach Director for Cancer Kids First, a nonprofit organization with 17,000+ volunteers around the world that works to spread joy to pediatric cancer patients across the country. And finally, she is currently working as a research intern at Georgetown University under the supervision of the Dean of Research for the Medical Center. All this while holding multiple leadership positions in several clubs at Oakton. Sharmila is an exceptional young woman. She has spent her time improving the lives of those around the world. I will always remember the optimism and energy that she brought to Oakton.

Throughout Immanuel's high school career, he has attended schools in California, 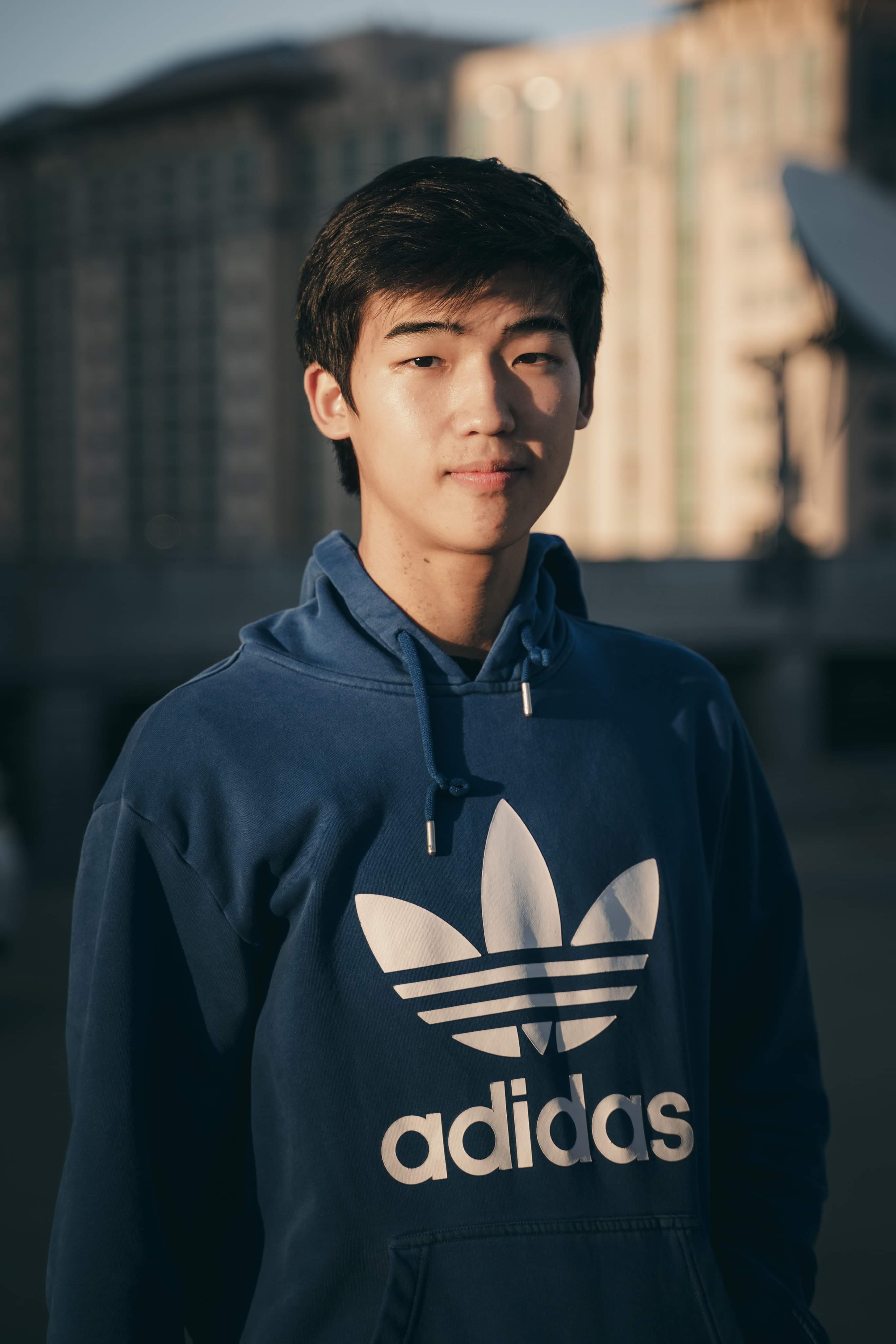 South Korea, China, Utah, and Virginia. He also self-studied for multiple AP exams and took college classes at Rice and Harvard University. Not to mention, he traveled all over the world as a member of the National Team for Speed Skating. His travels as an Olympic hopeful mean that this year will be his first year fully attending school in-person since the second grade. Through all this travel and change, Immanuel has managed to maintain a perfect academic record, including those college classes.

In his free time, Immanuel began to research turtles. He began to research the Hawksbill Research Institute, an organization focused on the conservation of critically endangered Hawksbill sea turtles. He participated in every program the institute offered. In conjunction with the institute and Dr. Todd Rimkus of Marymount University, he managed to gain firsthand field experience in tagging gravid female turtles, as well as present their findings to a larger scientific community. In the short time I have known Immanuel, I can tell that he is a well-rounded young man. He is a master of time management and discipline. I know the unmeasurable amount of hard work and sleepless nights that Immanuel experienced to achieve success in his life.