International Day in Vienna Celebrates National Parks Around the World 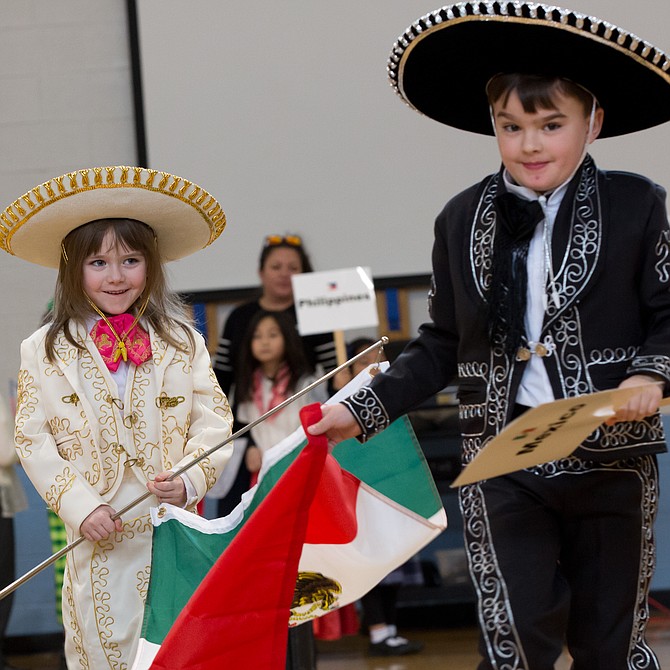 Our Lady of Good Counsel School held their annual International Day on Friday, March 8. This year's theme was "National Parks Around the World." 5th Grade students worked in groups to research the national parks of 16 different countries, and focused on two or three to study in depth and highlight in videos presented to the school on Friday. International Day also featured several guest speakers from the community. NPS Ranger Will Rifenbark from Wolf Trap National Park for the Performing Arts spoke with the students about the history of the United States National Parks Service and Wolf Trap National Park through the years.

Fr. John Dolan OSFS, Parochial Vicar at OLGC Church, spoke to the students about Bannerghatta National Park, India and what life is like in Bangalore, Karnataka, India. The day concluded with the annual OLGC Parade of Nations, where more than 60 students walked in traditional clothing representing 23 nations around the globe.

In addition to the festivities, the School's Lenten Service Project to raise money to donate a tree to the Town of Vienna was introduced to the school community.