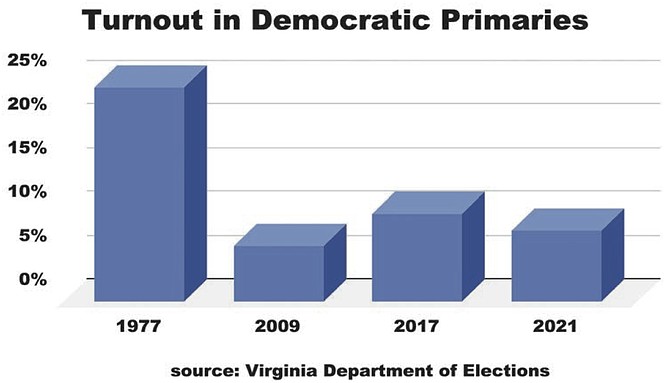 Turnout in this year's Democratic primary was higher than 2009, when Republican Bob McDonnell became governor. But it was lower than 2017, when Democrat Ralph Northam was elected governor.

As election returns started rolling in from the Democratic primary Tuesday, Republicans started boasting about having the most diverse statewide ticket in Virginia history.