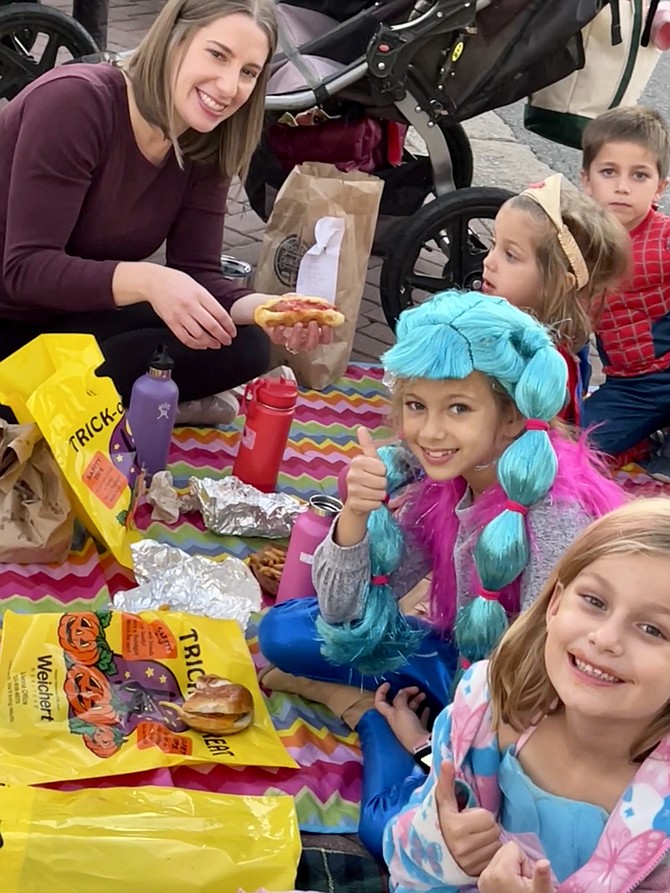 The Kapoor and Adams families of Vienna. 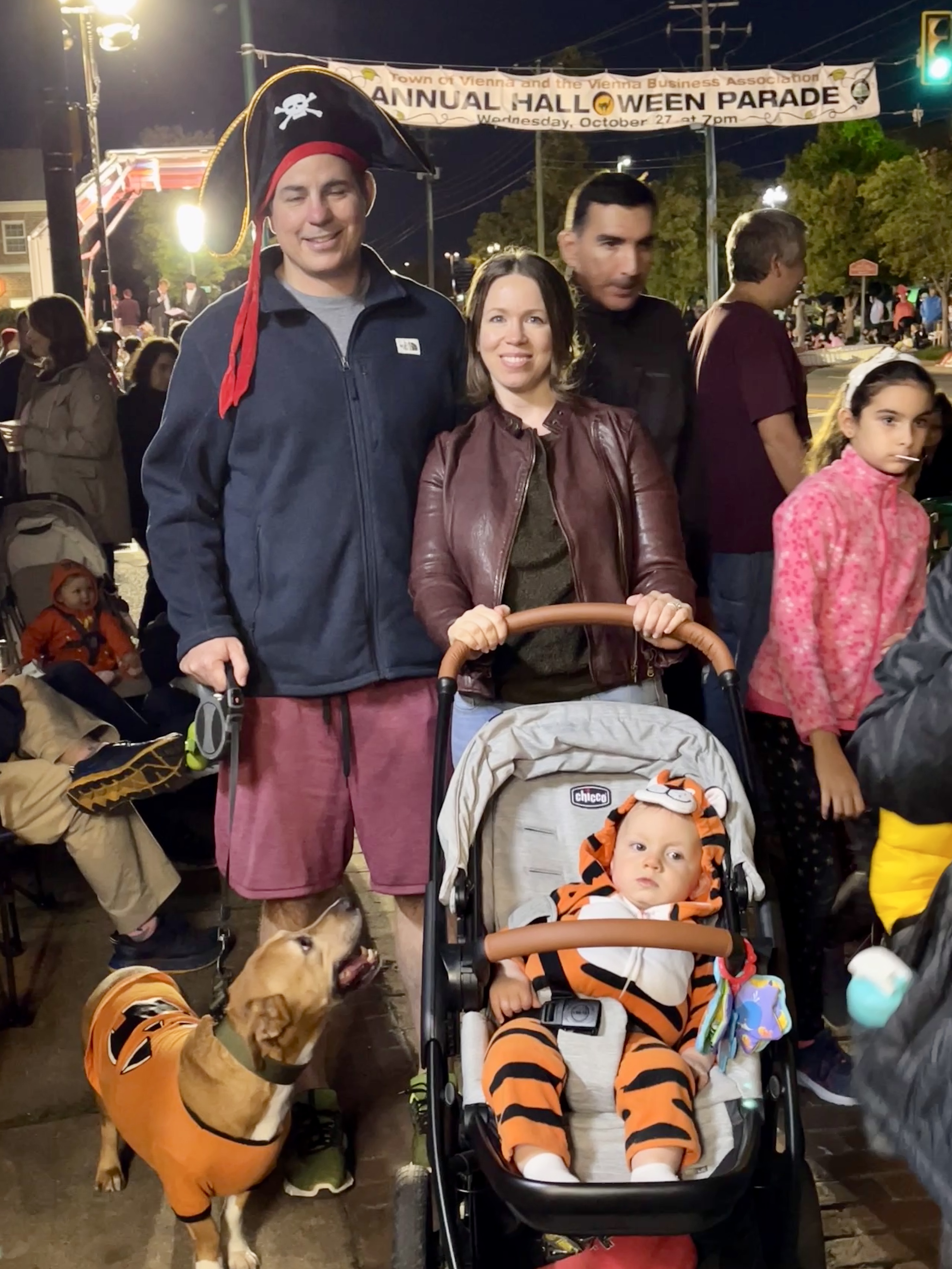 Ready to enjoy their first Vienna Halloween Parade and hoping to make it their annual tradition, Dan Giacomangeli and his wife, Olivia Yancey, their son, Brayden, 1, and dog, Gus.
returned in its entirety, unlike last year's limited "Wave Parade," due to the COVID-19 pandemic. Town of Vienna Parks and Recreation and the Vienna Business Association coordinated, the hour-and-a-half-long parade featured 64 floats and other forms of entertainment marching down Maple Avenue, from Branch Road to Center Street.

Along the half-mile parade route, people crowded in rows five and six deep, shoulder to shoulder, many dressed in costumes, to watch the parade. Spectators set up their viewing spaces with blankets, chairs, and grab-and-go dinners purchased from local restaurants, as they settled in for an evening of small-town fun. No vendors were allowed at the Halloween Parade. 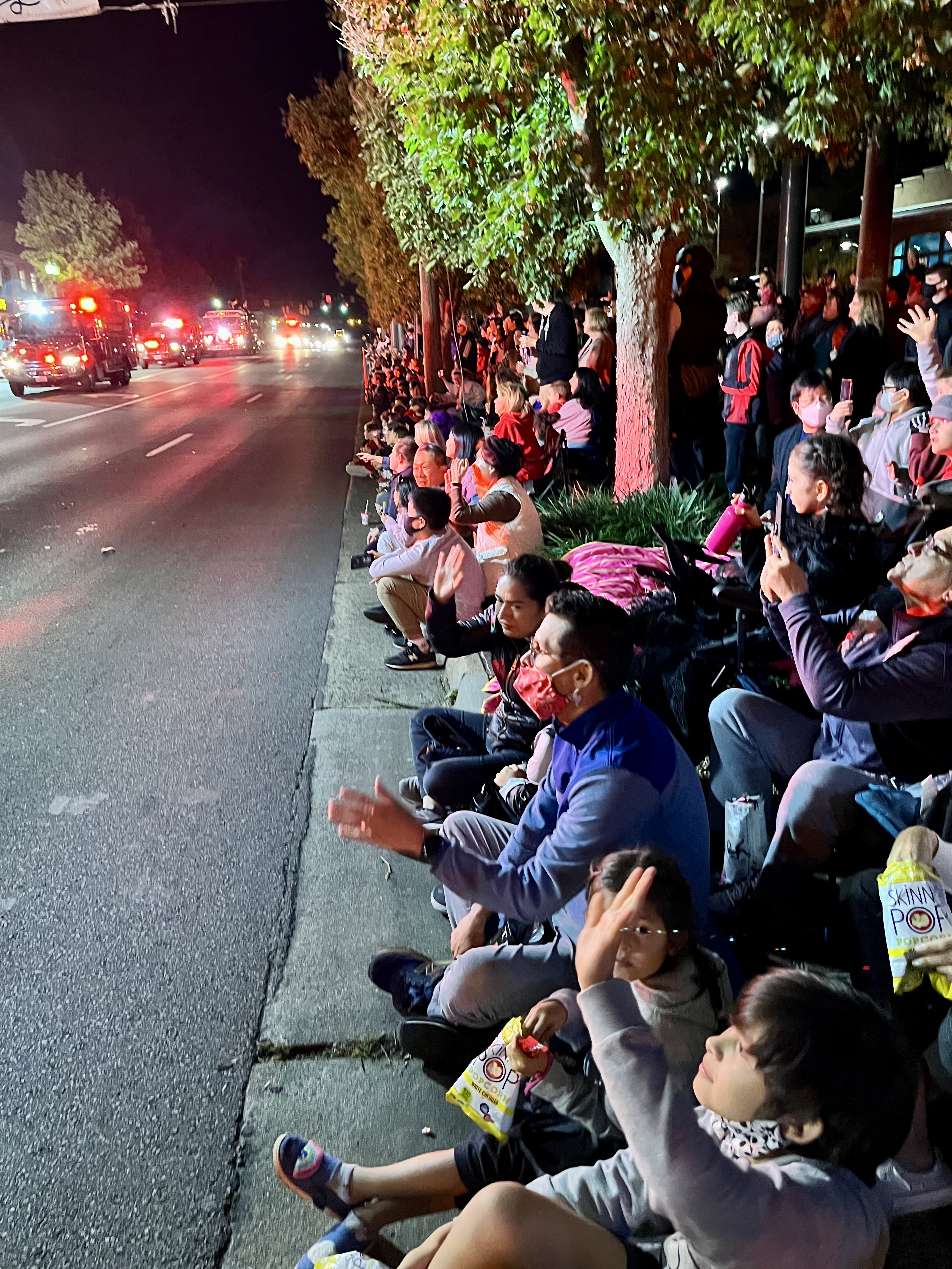 The Adams and Kapoor families of Vienna were among the first to arrive. According to Christie Adams, this was their first year. Veteran parade goer Emily Kapoor said, "I expect it to be at least as good as 2019, if not better." The Cerney and Geesaman families of Vienna set up their viewing area a short distance down the sidewalk. Sawyer Cerney, 3, said that she came to try out her cat costume.

Organizing a Halloween parade for the enjoyment of local children and their families has been an annual tradition in Vienna since 1946. This year, Rustic Love Vienna https://rusticlove.org/ and the Vienna VA Foodies served as Grand Marshals. Virginia Tire & Auto served as the event's title sponsor.