Graduates sent off with stories of second chances and do-overs. 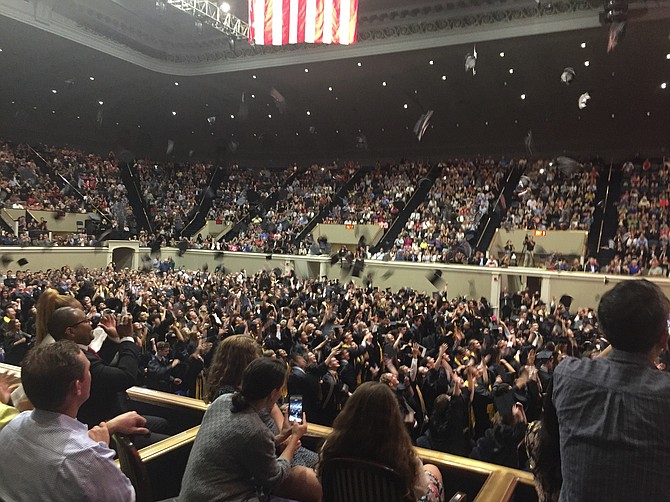 Graduates throw their caps in the air in celebration. Photo by Chamberlain Zulauf/The Connection 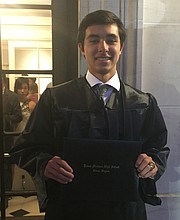 Billy Eggers will be attending the Citadel Military College of South Carolina and will be studying intelligence and security. He sees himself one day as an officer “commanding some fine young soldiers and just being a part of this great nation.” 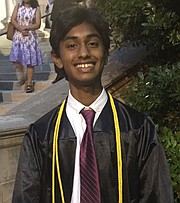 Ryan Carney will be attending New York University to study international studies, and hopes one day to be a lawyer. 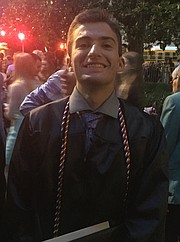 Omar Ahmed will be attending Virginia Commonwealth University in Richmond. “After college I want to travel the world and see lots of new countries,” said Ahmed. 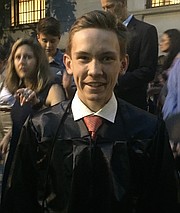 Dylan Ford will be attending James Madison University. “In 10 years I would like to have traveled plenty and I hope to maybe be a psychologist,” said Ford.

The Graduation ceremony for James Madison High School senior class of 2019 took place on June 7. The senior class – more than 500 students graduating this year – received a standing ovation from friends and family in a packed DAR Constitution Hall. The ceremony opened with Madison’s own Choir and Orchestra, which would both have dedicated performances later in the proceedings.

The first speaker of the night was Michelle Xu, a graduating Madison student. She spoke about growing up, having more responsibilities and “striving to be greater.” Through her speech Xu added onto those points by touching on the toxic mindset some students can experience through the competition of high school. As Xu stated, “learning became a competition rather than being fun.”

Xu continued her point with an anecdote about her star tennis performance over her three years at Madison. Xu recalls feeling anxious about there being better tennis players than her even though she was within the top 50 players in the state. However, the conclusion she eventually came to was that she was “lucky to be surrounded by so much talent.” The final piece of advice Xu had to offer was that school isn’t just about success, it is also about learning.

The next speaker was Science Teacher Matthew Thomson. Thomson notes that he too is graduating in a way as he is soon to retire and this will have been his last year teaching at Madison. Thomson started by telling his own story of how he was confused with what he wanted to do with his life, like many high school graduates may be. He tried multiple different types of engineering major in college before finally telling his parents he wanted to be a teacher. What he expected was for them to be upset with him but to his surprise they were supportive.

Thomson said that “life is about second chances and do-overs” and that if he hadn’t tried so many things he would never be who he is today. In a moment of humor Thomson recognizes that he “has stood in many streams and caught very few fish.” To wrap up his speech Thomson quoted the poet E.E. Cummings, “It takes courage to grow up and be who you are”.

The final speaker of the night was Principal Gregory Hood, who was with some of the graduating class for six years rather than four as he was formerly the principal of Thoreau Middle School. Hood opened with a childhood anecdote of wanting both an Evil Knievel motorcycle toy and a G.I. Joe with “Kung-Fu Grip.” He chose the Motorcycle and only ended up regretting not having the G.I. Joe. The moral of the story was for graduates to not long for things they did not have and to be happy with what they do have.

Hood finished off his speech with a quote that encompasses his whole message, “If it’s sunny, enjoy the sun and if it’s rainy, look for the rainbow.”