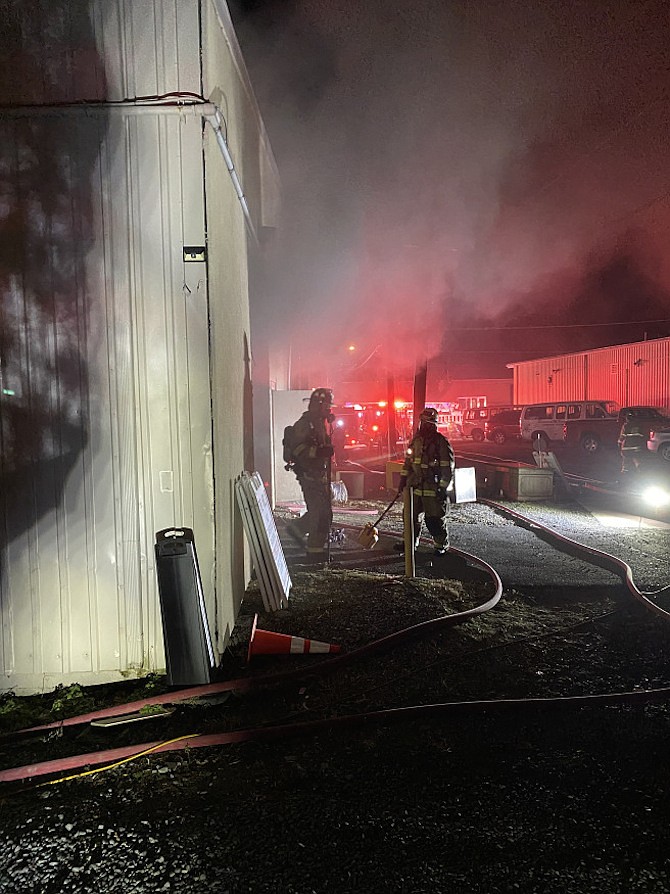 The fire was caused by an electrical event in a hot/cold water cooler. Photo courtesy Fairfax County Fire & Rescue Department

On Wednesday, Dec. 4, at 6:32 p.m., units were dispatched for a reported building fire in the 500 block of Mill Street NE in the Town of Vienna.

Units arrived on scene of a one-story commercial building and reported fire visible from within the structure. Crews quickly extinguished the fire. No firefighter or civilian injuries were reported.

Fire Investigators determined that the fire started inside the front door of the retail sales area and was accidental in nature. The fire was caused by an electrical event in a hot/cold water cooler.

No one was displaced because of the fire. Red Cross assistance was not required. Damages as a result of the fire were approximately $11,000.